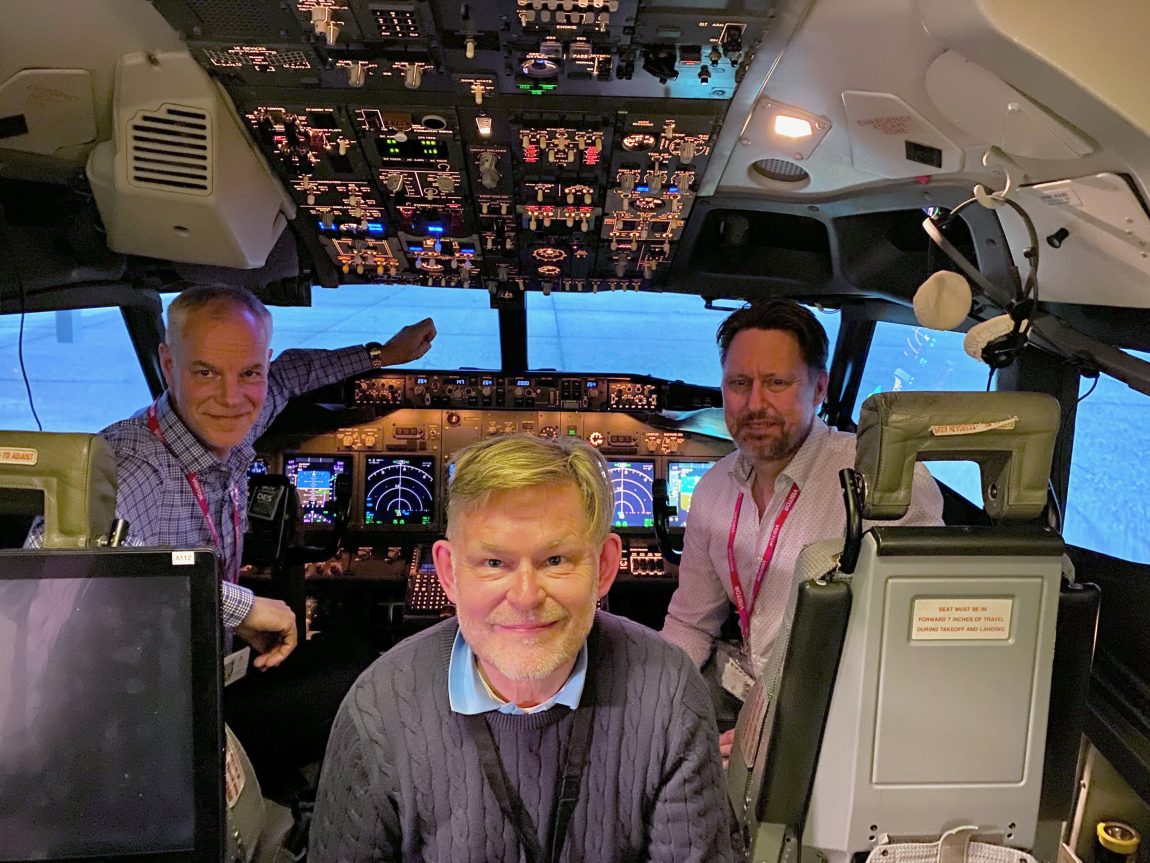 Return to flight. It’s been 15 months since I last flew as part of a cockpit crew on the Boeing 737. That specific trip was a round-trip from Copenhagen to Las Palmas in December 2019. Not out of the ordinary, but a flight with delays and some nasty weather on our route and during the approach back in Copenhagen—by the way, a common feature in the Nordic during the winter period.

Ever since that flight, things have changed. What we then considered normal just exploded in our face. At the end of March 2021, I was yet again back in the controls of the Boeing 737 for a renewal. Albeit a full flight simulator and not the airplane, it for sure feels like the real thing already when entering the cockpit. Most airline pilots agree that the absence of time behind the controls the last year has been a rough patch.

After a sabbatical from flying, the flight deck tasks are somewhat rusty and a bit untimed, visualized, for example, during engine failures in take-off and single-engine approaches. For me, the challenge is to get out of self-imposed pressure, expressed in tunnel vision and target fascination. The rustiness shows clearly in the poor timing of callouts. They are there, but they are either a bit early or too late. However, the learning curve is steep and provides direct positive feedback, making the proficiency check somewhat of a learning event.

The feeling of being back behind the controls of the Boeing 737 pleasantly created a sensation of recalibrating normal. Put on a nostalgic note, this actual simulator session was the absolute last session with the Boeing 737-800 simulator in Copenhagen. Over the years, many pilots have invested exhausting hours here, although rewarding as well.

Hopefully, the recovery of the airline industry, as well as the hospitality industry, has commenced. While only coincidently with my renewal, let’s hope that the signals that airlines prepare for an increase in flights and people for vacations are for real.